These Pumpkin Spice Cake Donuts are flavored with real pumpkin puree and warming spices.  I’ll show you how to fry them to perfection so they are tender and moist every time.

Let me tell you the true story of how these magical Pumpkin Spice Cake Donut came to be. One day I was just casually walking home from Staples when {BAM!} I was hit by a massive craving for a pumpkin spice donut. I popped into Dunkin Donuts, but one bite had me wondering, “where’s the pumpkin?” It was orange like pumpkin, there was kind of a spice flavor, but absolutely zero pumpkin. I took one more bite just make sure. Unacceptable. There is no disappointment quite like a pumpkin craving let down, and we know I have a lot of pumpkin cravings (as I made clear with my 25 Best Pumpkin Recipes...).

Instead of the traditional donut glaze you could roll them in cinnamon sugar. Perhaps even top them with a generous scoop of vanilla ice cream for a decadent desert. And maybe, if you’re feeling wild, you could drizzle it all with caramel sauce! OR with a maple caramel sauce…now we’re talking.

How to Fry Pumpkin Spice Cake Donuts like a pro

The short answer here is no. If this recipe as written is baked, then the donuts will be dense and gummy. Baked donuts are actually cake and the batter will be more like a cake batter and less like a dough.

Donuts are best eaten the day they are fried. Ideally you are serving them within a day of frying, so you can store them uncovered at room temperature. This will preserve the texture and flavor. When stored in an air-tight container then will soften and slowly take on an oily flavor and texture. Glazed donuts maintain their moisture longer than those tossed in sugar.

How long can I store cake donuts?

Donuts have the best flavor and texture when they are eaten the same day they are fried. For the best texture, store uncovered or in a container that is not completely sealed at room temperature. They will gradually dry out. Glazed donuts maintain their moisture longer than those tossed in sugar. Technically they will keep 3 days at room temperature. I would not suggest freezing or refrigerating. Freeze the cut donut dough for frying at a later date instead.

If no other tips from this post stick, just remember this one. Stay calm and just keep going! If the dough feels too sticky when rolling, add more bench flour and persevere. If your first doughnut comes out doughy yet dark, lower that temperature and test it with a cake tester. You’ve got this!

To Make the Donut Dough:

To Cut and Fry: 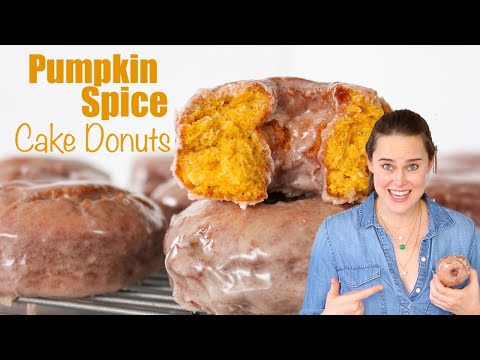