These Cinnamon Chip Scones with Cream Cheese Glaze are tender, moist cinnamon scones filled with cinnamon chips and topped with the most delicious cream cheese glaze!

If I might be so bold as to say that these Cinnamon Chip Scones taste like cinnamon rolls without all the work!

These scones have, what I like to consider, my signature scone texture. Meaning they are soft, tender and moist, but the perfect amount of dense. Never cakey!

What is the secret to tender Cinnamon Chip Scones?

I only use Hershey’s Cinnamon Chips for my baking. They have a far superior flavor that doesn’t taste fake. No, I am not getting any money for saying so. They are just the best! 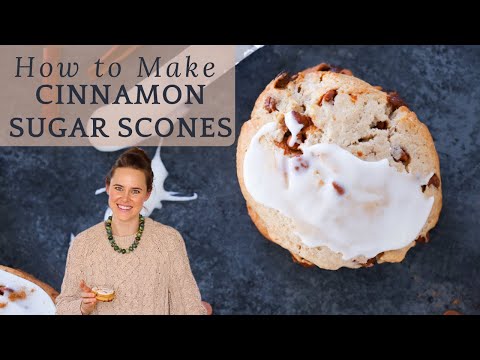