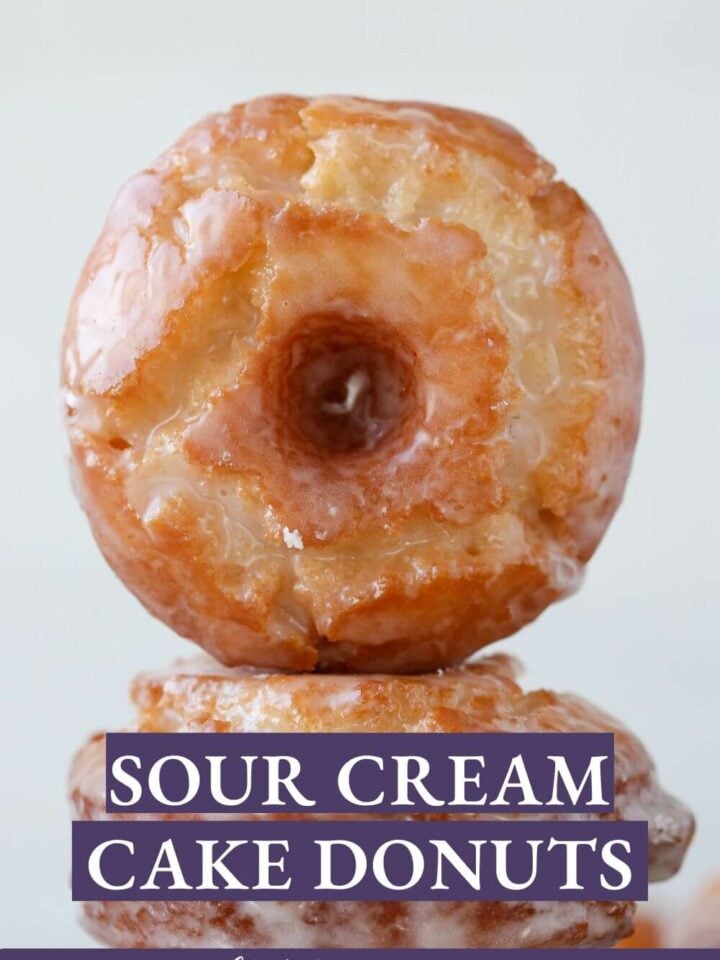 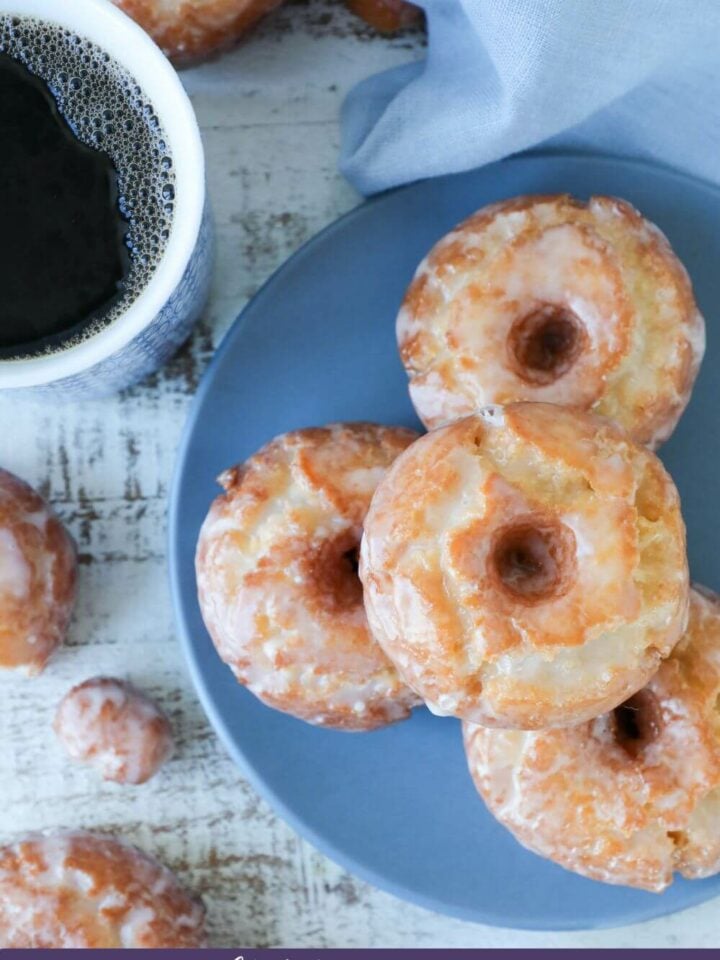 These Old Fashioned Sour Cream Donuts are UNREAL. This old fashioned sour cream cake donut recipe makes doughnuts with insides that are soft, tender and cakey, crispy outsides, and a classic sweet glaze topping to finish it off!

The donuts were easy to make and only required a short time in the fridge. I cut them out like cookies, and then they hung out in the fridge for a little longer. In under 2 minutes, I had perfect old-fashioned donuts! Now that I know that this Old Fashioned Sour Cream Cake Donut Recipe is this easy, it's kind of dangerous.

At work, the guys on the line found watching me fry stuff so comical that I seriously considered selling tickets to the show. The first time I fried Brussels sprout leaves I damn near fainted. On this particular occasion you could probably hear their laughter in the dining room.

But fast forward 6 years through several line cook positions and being a pastry chef for several restaurants, and now I can confidently share all my secrets!

Why do you put sour cream in donuts?

Can you bake these sour cream cake donuts?

As this photo evidence shows, no. If this recipe is baked, the donuts will be dense with an unpleasant taste and texture. This is because baked donuts are actually cake. The batter will be more like cake batter and less like dough.

How to Fry Old Fashioned Sour Cream Donuts like a Pro

How do you store sour cream cake donuts?

Fried, glazed cake donuts are best the day they are made and should be stored at room temperature uncovered. When stored in an airtight container, the glaze softens and they begin to taste a bit like oil. If stored longer than a day, store in a container with the corner slightly cracked as a vent for up to three days. They will slowly begin to dry out but they will still taste delicious!

Old fashioned sour cream cake donuts are best the day they are made but will keep three days at room temperature. I do not recommend refrigerating or freezing fried cake donuts.

I do not recommend freezing fried sour cream cake donuts. Instead, freeze the cut dough. The dough will keep one month frozen. Gradually over time the baking powder will lose it's potency and they will not puff as much as when the dough was freshly made. Allow to thaw a few hours in the refrigerator and then fry away!

Can you make sour cream cake donuts ahead?

You can make sour cream cake donuts up to three days ahead of time. They can be refrigerated at any stage in the process so take the time you need for each stage. Just fry or freeze within three days!

Can I multiply this sour cream cake donut recipe?

I have tested this donut recipe in a professional bakery setting. You are only limited by the capacity of your particular mixer. I would strongly suggest measuring by weight when multiplying recipes. They are particularly sensitive to minute adjustments of flour and hydration. I scale all my recipes but it is particularly important when making a larger batch.

Can I fry sour cream cake donut dough from frozen?

I would not suggest frying from frozen. Rather thaw the cut donuts unwrapped in the refrigerator and then fry away! It will only take an hour or so.

The donut cracks happen naturally when they fry. Generally, they are more cracked on the side that is initially down in the oil. If you overwork the dough, they won't crack as much. Each one cracks differently and to a different degree. Check your oil temperature and make sure it isn't too cold. If the donut is cold and the oil is right around 350, they will crack. Another possibility is that your baking powder is too old, and is no longer reactive.

If you were to take away one tip from this post, remember this one. Stay calm and keep going. If the dough feels too sticky, add more bench flour. If your first donut comes out doughy and dark, lower the temperature and test with a cake tester.

To Make the Donut Dough:

With this knowledge you can go forth and make my other donut recipes!