This Vanilla American Buttercream recipe is smooth, creamy and not too sweet. It is the perfect easy frosting for cakes, cupcakes, brownies or blondies!

You know I am a die-hard Italian Meringue Buttercream girl. Nothing gets between me and my IMB...

There is also the nostalgia factor, which cannot be discounted. 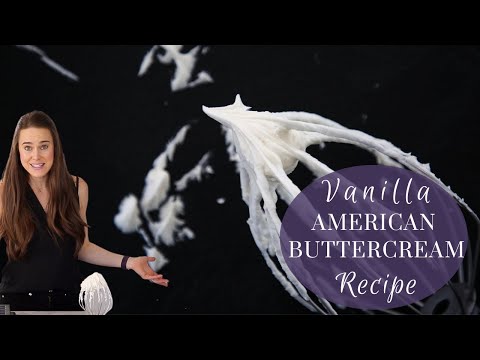